Visit of Delegation of the State of Delaware, USA

In the meeting, EVP Aoki welcomed the delegation, followed by EVP Ueki’s introduction of Tohoku University. In addition, Prof. Takata explained the concept of the science park centered on NanoTerasu, scheduled to start operation in 2024. He stated that he would promote interdisciplinary research and global collaboration to create an innovation ecosystem and expressed his expectations for collaboration with the State of Delaware and the University of Delaware.

Secretary of State Bullock then praised the efforts of Tohoku University, contributing not only to Sendai and Miyagi, but also to Japan and the world, and he understood the importance of industry-academia collaboration which Tohoku University is promoting.

Also, Dr. Ravi Ammigan, Associate Provost of University of Delaware, expressed his expectations for future collaboration, saying, “We would like to identify the fields where we can deepen cooperation with Tohoku University”.

The delegation members then discussed with Provost/EVP Aoki, EVP Ueki, EVP Sasaki and others about the possibility of wide-ranging collaboration beyond the framework of universities, using this visit as an opportunity.

After the meeting, the group visited NanoTerasu, that is being built at the new extension of Aobayama campus, led by Miyagi Prefecture officials. 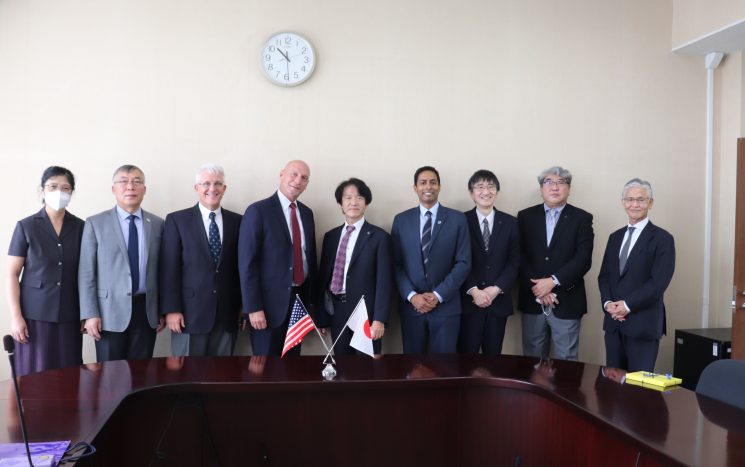 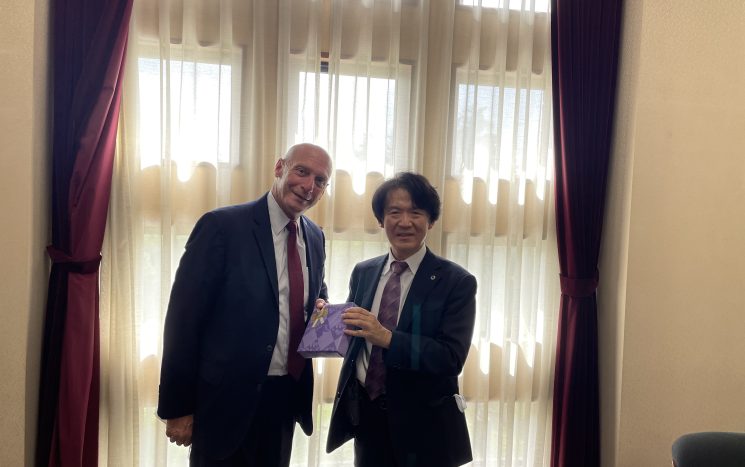